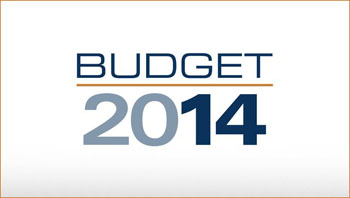 As part of the government’s Jobs Initiative of June 2011, the rate of VAT was reduced from 13.5% to 9% on a range of goods and services, including accommodation, restaurants, and certain cultural activities. The cost of this initiative was estimated to be €350m a year. The policy was initially designed as a temporary measure, and was due to expire at the end of 2013. However, the government decided to extend the lifetime of the 9% rate as part of Budget 2014. This note examines the evidence regarding the effectiveness of the rate cut as a job-creation tool.

The evidence is considered in greater detail below, but I will draw out some of the main conclusions here. There is evidence that the lower rate of VAT was passed on in part to consumers via lower prices, but this does not appear to have had a significantly positive impact on tourism revenues. The small recovery in the tourism market observed over the second half of 2011 and in to 2012 is more likely to have been influenced by the weakening of the euro than by the relatively minor price changes brought about by the reduced rate of VAT.

Estimates of job creation vary greatly – from 5,600 to 35,000 jobs retained or created – depending on what assumptions are made to fill the void left by the lack of hard data. In his Budget Speech, the Minister for Finance claimed the policy had created 15,000 jobs. However, there are good reasons to believe that these estimates exaggerate job creation attributable to the lowering of the rate of VAT. First, given the relatively weak increase in tourism revenues between 2011 and 2012, this job creation was funded more by changes in the pattern of domestic expenditure rather than by foreign visitors.

Domestic consumers can only spend their money once, so that increased spending on goods and services affected by the VAT cut must come at the expense of reduced spending elsewhere in the economy. Estimates of the impact of the reduced rate of VAT fail to consider the possibility of a displacement effect that could damage job creation and retention in other sectors. Because the VAT cut was aimed at sectors that are labour-intensive, the net gain is still likely to have been positive, but the gross gain may exaggerate the effectiveness of the policy.

Second, to the extent that employment benefited from increased tourism numbers, the reduction in the rate of VAT coincided with a weakening of the euro that made holidaying in Ireland relatively more attractive. Because of the timing of these events, their relative influence on tourism and employment creation is difficult to disentangle. However, this exchange rate effect was more significant from a price competitiveness perspective than the pass-through from the VAT cut, and yet is not accounted for in the studies on the impact of the 9% rate.

Determining whether or not the policy was effective is simply the first part of policy analysis; the second part is to determine whether or not it is the best policy for achieving the objective of greater job creation. This is especially important given the scarce resources available to government, and a price tag of €350 million represents a significant investment by government that otherwise could be used to avoid an increase in other taxes, to reduce the deficit or spent on other items.

An obvious alternative policy choice would be to reduce the cost of creating and retaining jobs by lowering taxes on labour directly, rather than the indirect route of encouraging consumption of goods and services that have a high labour content. Economic theory, for what it’s worth, suggests the direct approach would be more effective and less distortionary.

It is unfortunate then that another Jobs Initiative policy which made it cheaper for firms to employ people by reducing the lower rate of employers’ PRSI from 8.5% to 4.25% was not retained in Budget 2014.